Hit enter to search or ESC to close

The idea of a “home for women in crisis” in Lloydminster was a vision created between Dolores Cummine and Marge Nattress and other concerned community members in 1979. In the spring of 1980, the Minister of Saskatchewan Social Services and his aides traveled to Lloydminster to meet with the board. With great disappointment, it was learned that showing a need in the community was not enough to receive government funding.

At that time, Saskatchewan Social Services was funding six Interval Homes throughout Saskatchewan and it was suggested that they were not interested in funding more. Also, they expected proposals to be put forth at least one year in advance of expected funding. At that time, the Alberta government had no specific system for funding women’s shelters, so no one could suggest which department the Board should apply to. 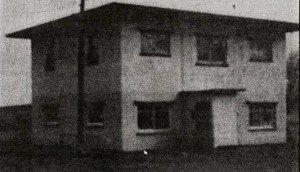 In June 1980, an empty house was donated along with a cheque for $3000.00 from the Nelson Foundation to pay for one year’s rent. Donations of money, volunteer hours and furnishings and the loan of a furnace enabled the Board to refurbish the large home, hire a housemother and open the doors on August 1, 1980. Transportation of children to school, women to appointments and time off for the housemother was carried out by volunteers and was coordinated by Marian Scott, also a volunteer.

The Board continued to look for funding and in December they received word that the Lloydminster Interval Home Society had been accepted for a Canada Employment Grant. The Home was closed for the month of December and re-opened January 2, 1981 with a paid Director, two full-time day staff, one night person and one weekend relief person. The three full-time positions were covered under the grant with the remaining positions , food and utilities being financed through community donations and the per diem allowance for residents paid by Alberta and Saskatchewan Social Services and Indian Affairs. The grant was to cover six months of operation, but fortunately Alberta responded to the many requests for funding coming from various parts of the province and set up pilot project funding as of April 1, 1981. This funding provided eighty percent of the budget with twenty percent to be raised from the community, allowing the board to add an additional full-time day person to staffing.

Although the Board now breathed easier, the problem of the “temporary shelter” remained. There were continual maintenance problems and, being an older home, it was very cold during the winter. A new facility had to be found. By July of 1982 (in just over six months), $40,000.00 was raised from business and community groups to make the down payment on the four-plex presently owned by the Society. Ten thousand dollars of this down payment was contributed by Husky Oil with many other groups giving sizable donations.

In 2001 a Second Stage facility was added to the Lloydminster Interval Home. This facility is for the purpose of introducing the women to independent living while still receiving the programming they need to become stronger individuals. This is a second step in preparing them for striking out on their own and they are allowed to live here for up to one year.

Today, staffing, administration, facility, and direct client costs rely on core funding from the Department of Alberta Family and Social Services. The Canada Mortgage and Housing Cooperation subsidize the mortgage. All fixed assets/capital costs and program operational rates are covered by donations raised in the community.